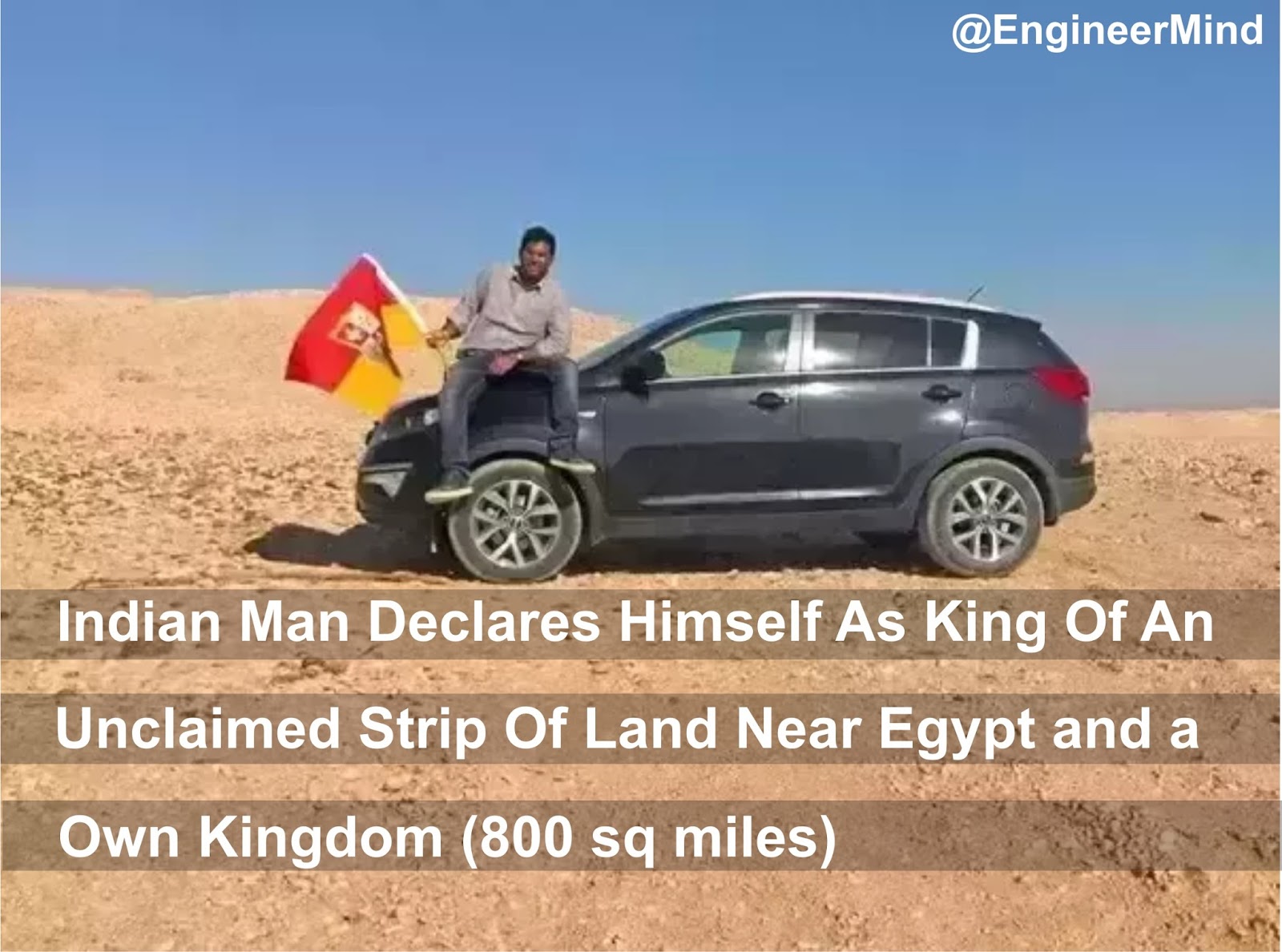 Yes, it’s his Land now!
Hell, it’s a dream of most of us that we could claim the free land as in older times the one who grows crops on an unclaimed land is the owner of that land!
However, a majority of us have accepted the fact that this dream is most likely to remain unfulfilled.
Here is how he did it: The strip of land that Suyash has declared himself to be the king of is, in reality, an unclaimed area i.e. it belongs to no country. The area is called Bir Tawil and is on the South of Egypt’s border and the North of Sudan’s border
It is said to be the only known land on earth where humans can live and survive but is not a part of any state or country
Mr. Dixit traveled from his hometown of Indore, India, to Bir Tawil to declare himself the ‘first king of Dixit 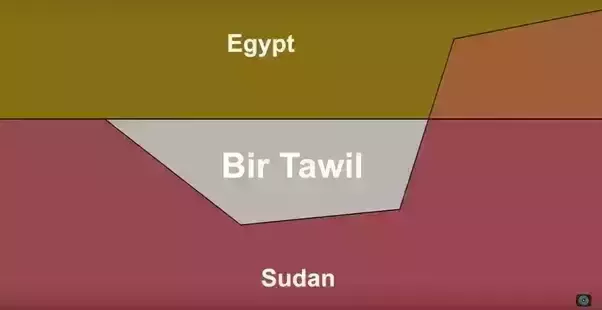 Now, the problem arises because Egypt follows the 1899 border set by the British administration at the time of its colonization however, Sudan follows the 1902 border as its official border. Henceforth, neither country claims the smaller Bir Tawil Triangle as it would mean losing control of the larger Hala’ib Triangle.
His Facebook post reads :

“I traveled 319KM (to and fro) in far desert with no roads to claim this unclaimed land of Bir Tawil. It was an epic journey starting from Abu Simbel at 4 am. I took help from a local driver Mustafa for the car and most part of driving. When I told him about the plan first he thought I am crazy but then he agreed (yeah I paid him a lot). I and Suyog spent 2 nights planning a highly optimised route for my travel where we can take the car.”

How he claimed the land to be his own :
It was a dangerous journey for him as he explains later, Now if you are wondering, he actually went old school,

“Following the early civilization ethics and rule, if you want to claim a land then you need to grow crops on it. I have added a seed and poured some water on it today. It is mine” 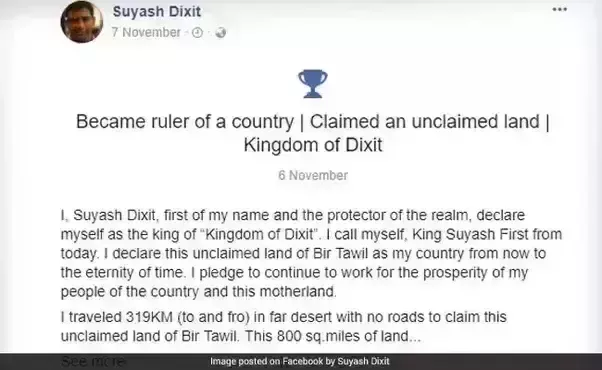 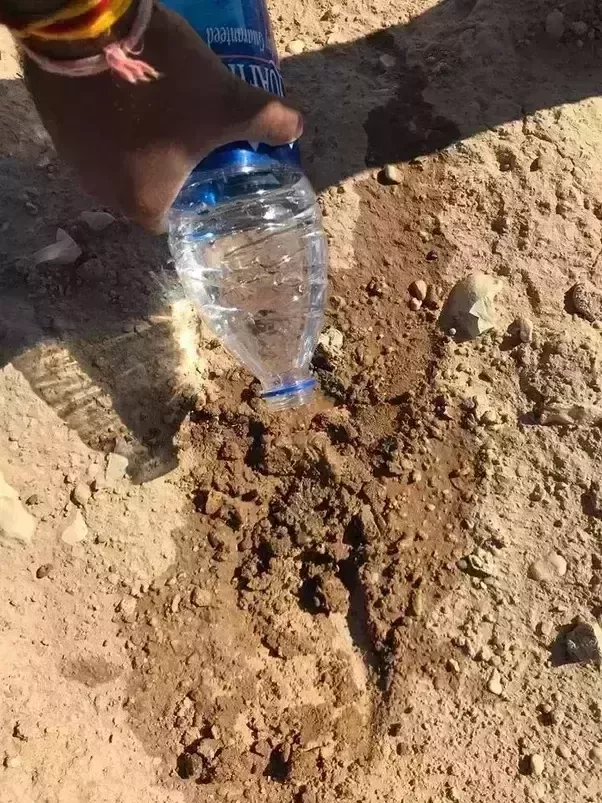 Here are some exciting stats about KoD

Name: Kingdom of Dixit (KoD)
Flag: (images attached)
Current population of country: 1
Capital city: Suyashpur
Ruler: King Suyash I
Date of establishment: Nov. 5, 2017
National animal: lizard (I didn’t see any other animal there)
I hereby declare Suyog Dixit as the acting Prime Minister and the Head of Military (if we have any) from today. We are accepting applications for other posts.
I am proud to announce my father as the President of KoD as a birthday gift to him. Happy birthday Papa!
Life is either an incredible adventure or it is nothing at all. If you are not doing something epic, you’re gonna end up in a yet another grave.
I am the king! (Please?)
This is no joke, I own a country now! Time to write an email to UN.”

He has opened foreign investments to his country and nationality applications from his website: https://kingdomofdixit.gov.best/ (I would like to be home minister )
You may wanna Apply, I am Jealous of him now 😀
This News has been reported by The Telegraph, TOI, IBtimes.Read More from sources I used to write this below.
Some things to ponder on: There have been 2 Other people who claimed this land but were not recognized or given attention and this land was still unclaimed

Circuit Breaker? A circuit breaker is a Manually or automatically operated electrical switch designed to protect an electrical circuit from damage caused…
Engineermind 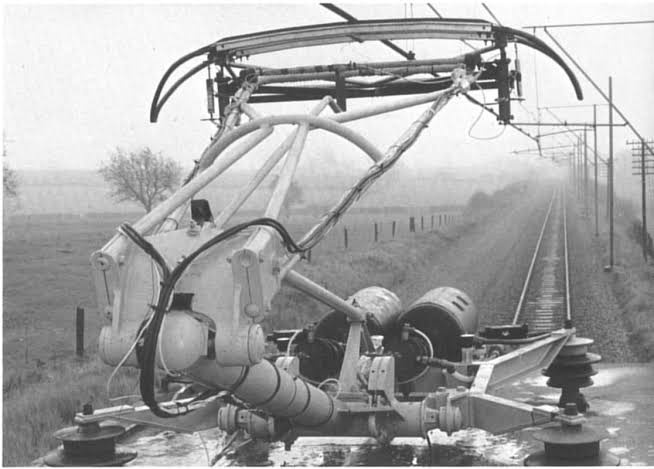