Types of Casting in Manufacturing

Casting is a major manufacturing process which is mostly used in heavy industries. Most of the components like the outer casing of turbine, lathe bed, valve casing, hydro turbine blades, Pelton wheel, Francis runner and many other parts of major machinery are made by the casting. The cast product has low strength compare to forging but any difficult parts can be cast by this technology.
Types of Casting
Casting is widely used any many different shapes and material can be cast by it. There is a various method of casting available which are used for different shapes and material. Casting has following types.
Sand Casting:
It is widely used for casting different process. Sand is easily available and has high refectory property so it is used in casting. It is done by following steps.
Shell Casting:
It is another method of casting and used to cast thin section like turbine blade etc. This casting is different from sand casting. A metallic pattern is used in this type of casting. It consists following steps.
Investment Casting:
In this type of process, the wax pattern is used. The pattern is first created by wax dipped into refectory material. This refectory material makes a shall outside the wax pattern. After it mould is heated which allow waxing out from mould. Now the molten metal poured into the cavity formed by it and allows solidifying. The cast is taken out after proper solidification of a cast and send for machining.
The main advantage of this process is that a very high accuracy and surface finish can obtain by it. It is used for complex shape and batch production. 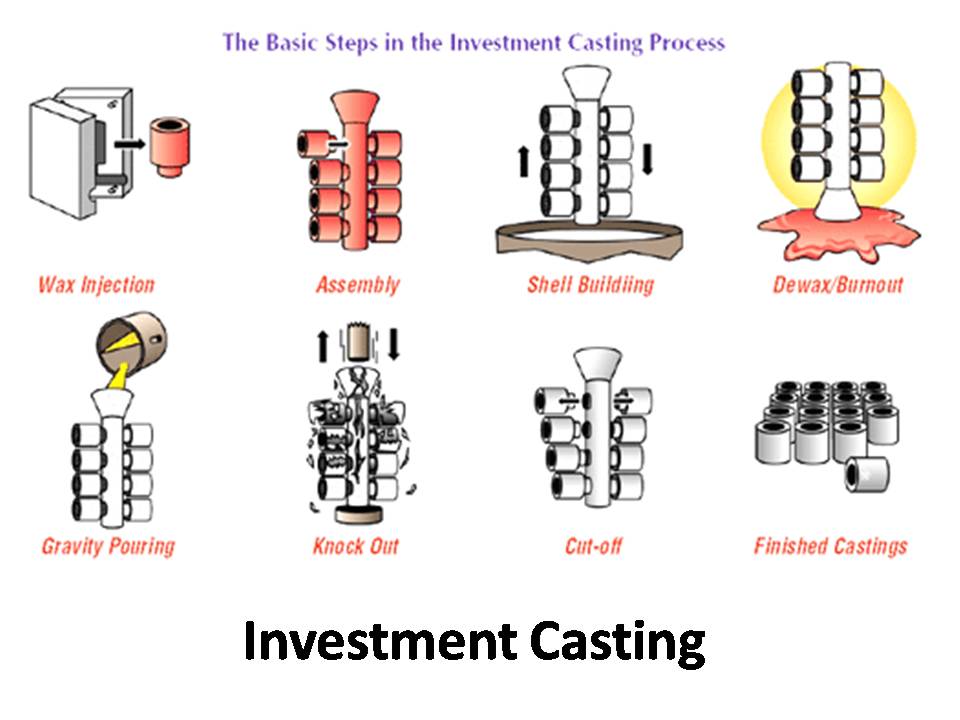 Plaster Mould Casting:
This method uses plaster mould for casting. A first plaster mould is created using patterns. After removal of pattern, the plaster mould allows drying into an oven. After dried, molten metal is poured into it and allow solidifying. After complete solidification cast is sand to the machine shop. Mostly zinc and aluminum are used as the molten metal. This casting is used to create a prototype. 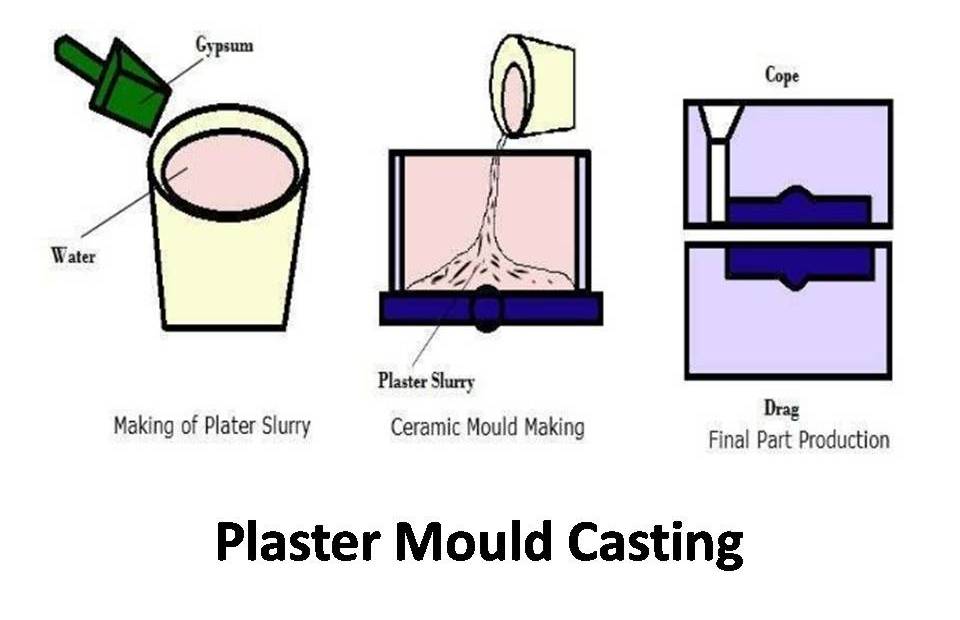 Ceramic Mold Casting:
Ceramic mold casting is same as investment casting but it does not use wax pattern. The slurry of a ceramic and liquid binder is poured on a pattern which is easily solidified. There is no wax pattern is used so there is no limitation of the size of the casting. This type of casting is mainly used to cast heavy component like valve bodies, military equipment etc. 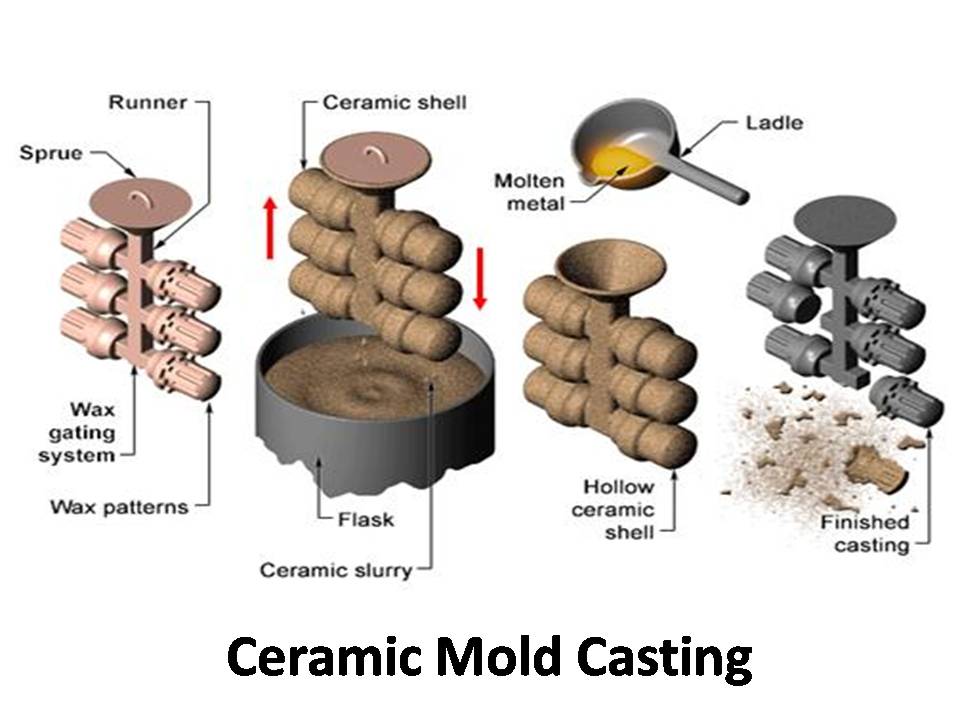 Pressure Dies Casting:
This casting is mostly used to cast aluminum, lead etc. In this casting, a liquid metal is pumped at high pressure into a metallic dye and allow to solidify. The metal is allowed to solidify there and take out after solidification.The die is again used for next cast. It is well suitable for the batch production of casting low melting point metal. It is not suitable for high melting temperature metals. The tooling cost is also high. 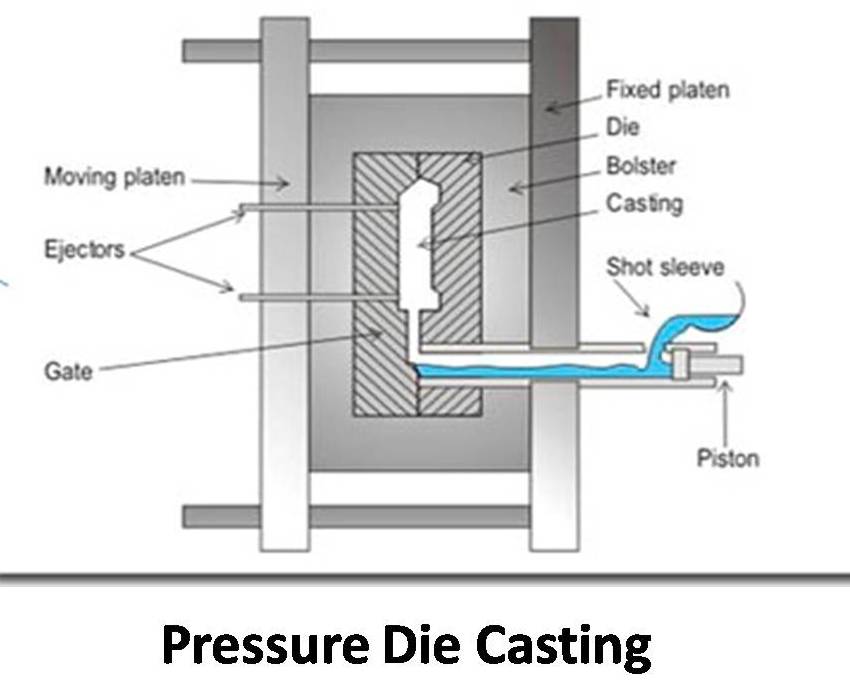 Centrifugal Casting:
It is one of the most suitable casting processes for casting symmetrical cylindrical component. In this process, a liquid metal is poured at the center of a rotating die. The die rotates and a centrifugal force act on the molten metal which forces it to towards circumference. It is used to create hollow shape. The light impurities crowed near center which is removed by machine. This process eliminates the use of core and gating system.  This type of casting is used to make pipes etc. 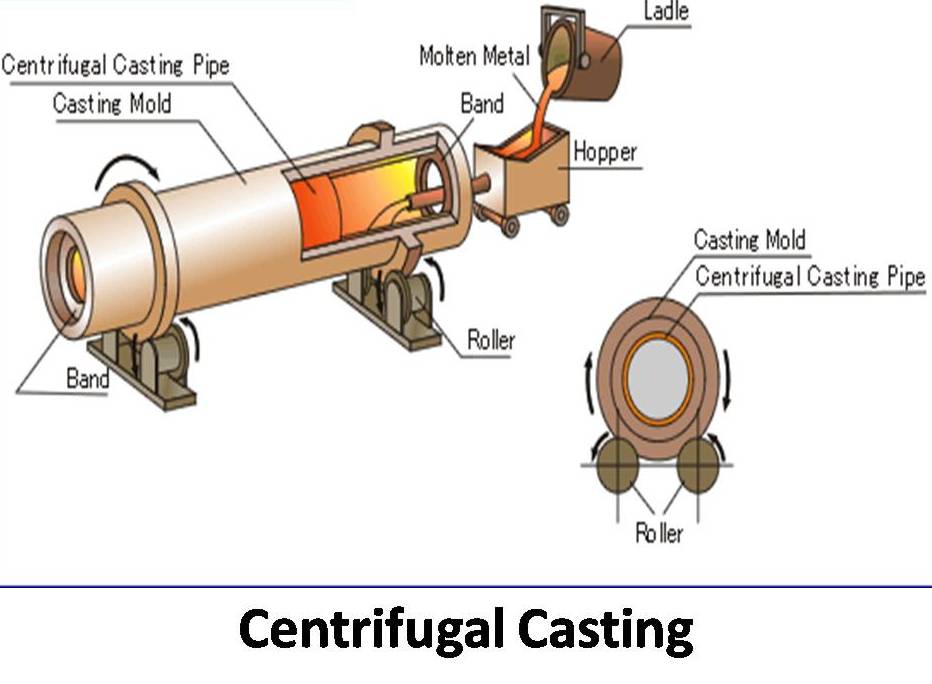 Continuous Casting:
It is a different casting process which is used to create a continuous cast. In this process, we do not use mould or cope and drag. It is different in principle. In this process, the molten metal poured into a trash which is connected to a copper pipe. The copper pipe is surrounded by water cooling. The metal is directly or immediately cooled after when running through a pipe. The casting product takes out from another side. This process continuously runs and molten metal continuously pours into it. It is used to create a square or other shape simple block which further used for rolling or other processes. 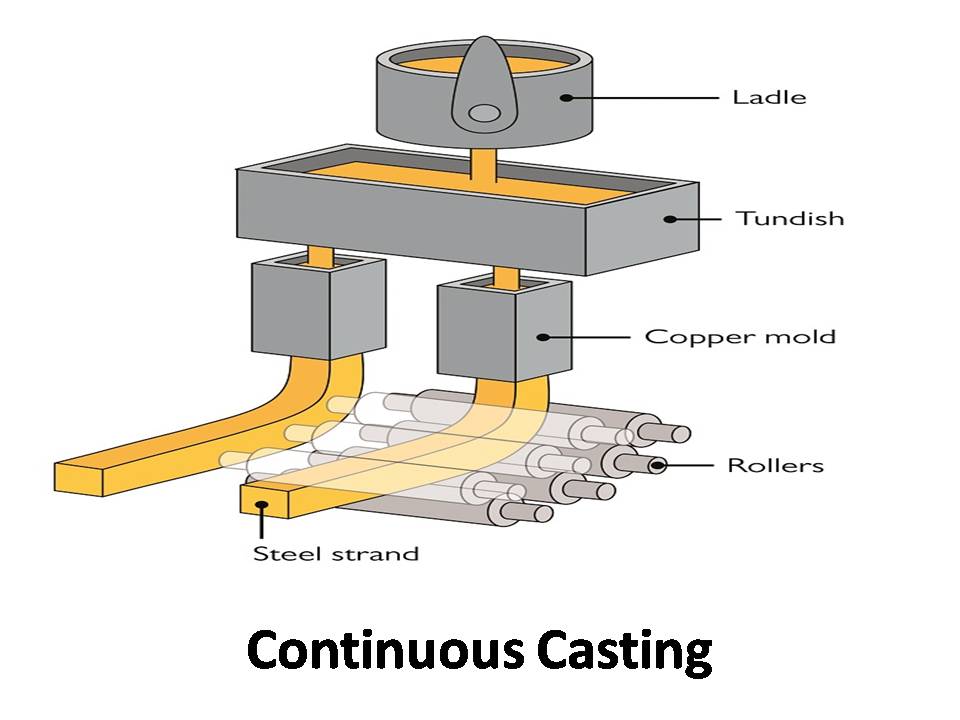 These all are main types of casting.

Gas Turbine A turbine which extracts energy from the hot moving gas and converts it into electricity, is…
Engineermind 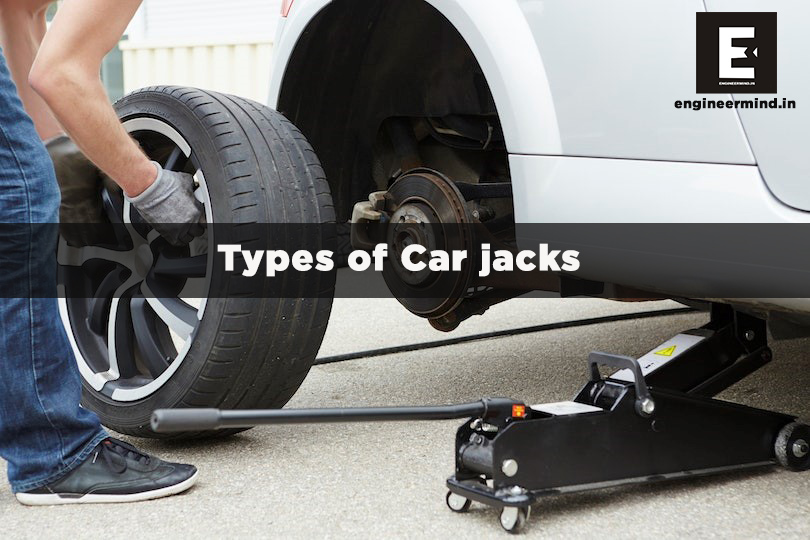