Why Do Power Outlets in America Not Have Switches?

In The overhead Transmission Line, The Ground Wire is Above The Phase Lines,Why?

The real reason, although the British would not like to admit it, is that the British are stuck in the past, and nobody else is. The British electrical system used to be direct current (DC). At 240 VDC, you get a nasty electrical arc when you withdraw a plug from a socket and can burn your hand. They used to put shields on the plugs to prevent this, but another way was to put a switch on the socket. They could turn off the socket and then pull the plug. American voltages were only half as high (100 to 120 VDC) so it wasn’t as big a problem.
When everybody switched from DC to alternating current (AC) because it was much more efficient, the problem went away. AC voltages go through zero 100 times per second in Britain (50 Hz current) and 120 times per second in America (60 Hz) and when it does the arc will be extinguished faster than the human eye can see.
However, the Brits were used to switching off the socket before they pulled the plug, and even though after the switch to AC it made no difference, they felt safer that way. Hence, the Brits still have switches on their plugs even though hardly anybody else does. It’s a safety feature nobody needs, although it makes them feel safer.
Here’s a picture of a Swiss 240-volt outlet – just about as safe as the British one, but you can plug 3 appliances into the same space the Brits would plug one. I really like it The Swiss are much better at building really small things. 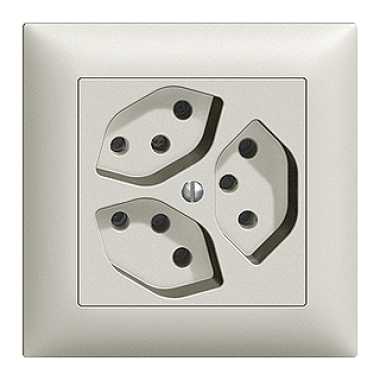 And here’s a new South African socket in which you can plug in four modified Swiss-style plugs (or standard Europlugs) in the same space as two British plugs. It still has switches, although I don’t know why. Without them, you could plug in seven Europlugs or Swiss style plugs. 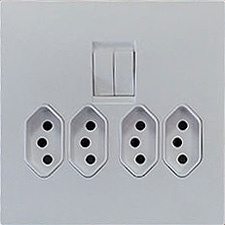 I’m actually Canadian, but our standards are basically the same as the US. Unlike Europe, all of North America including Mexico uses the same standards. The Mexicans just translated the American electrical code into Spanish.
In North America, we have plugs much like the oversized British ones, but we use them for high amperage 240V appliances like electric stoves and clothes dryers, and we don’t put switches on them, we hide them behind the appliances where children can’t get at them.
Today ground fault circuit interrupter (GFCI) sockets and arc fault circuit interrupter (AFCI) breakers are standard in North American and they are much more effective at preventing electrocution and fires than useless switches on the sockets or fuses in the plugs.
See this duplex GFCI socket with test and reset buttons and power on light, half the size of a standard British socket. These things are cheap, and you can daisy chain them with standard outlets so that one GFCI socket can protect up to 11 standard outlets downstream from it in the same circuit. It trips at 4 milliamps, which is far less than enough to kill a person or even a small child that sticks a fork into it. 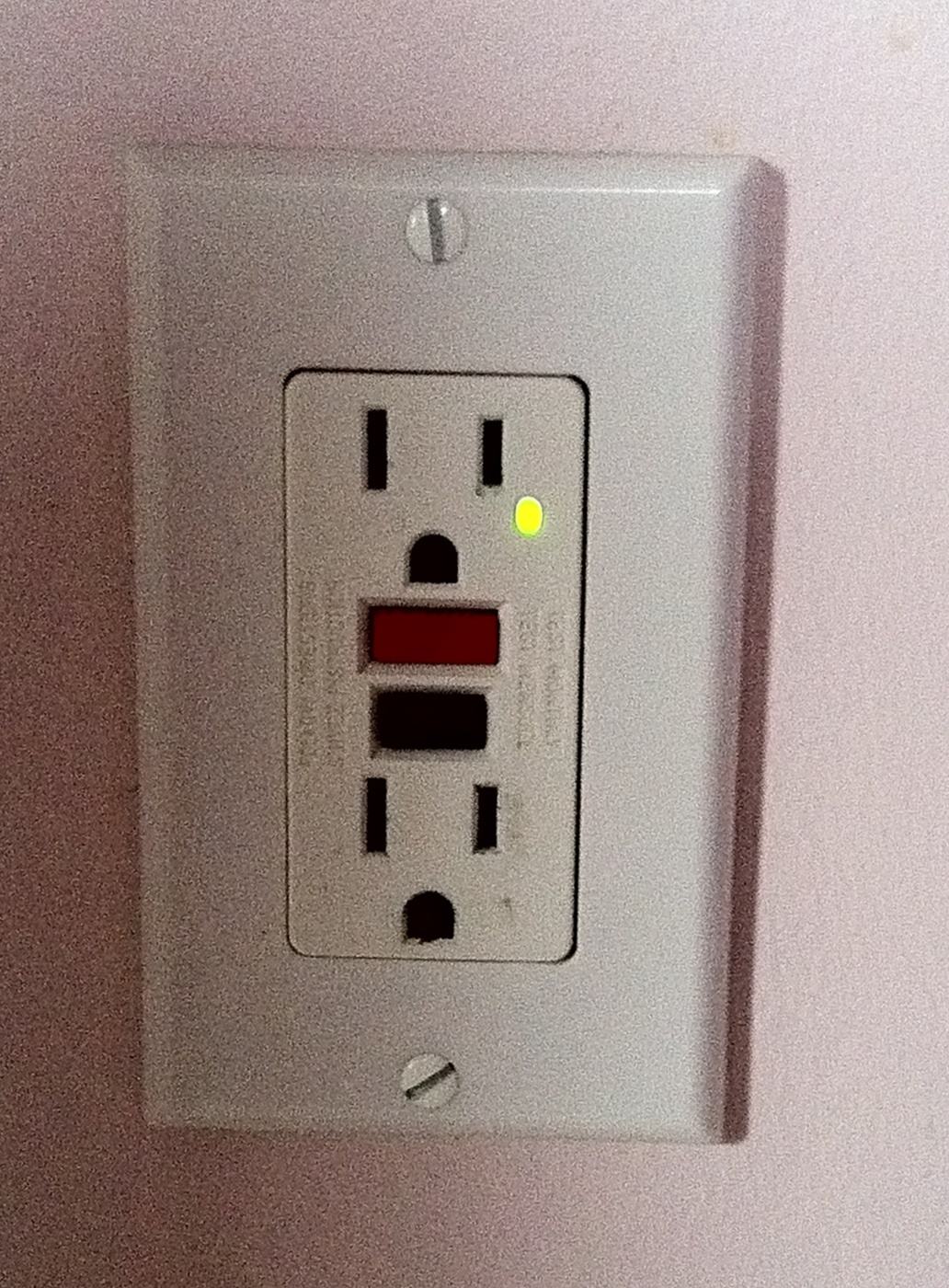 Using today’s technology, you could design a 240V plug that was half the size of the Swiss 240V or American 120V plug, but safer than either. It would automatically shut off the power if you didn’t use the appropriate plug correctly, or if there was any kind of anomaly in the circuit. However, getting all Europeans on the same page as regards electrical standards has been nearly impossible, and after Brexit I can’t see the UK adopting any standards used anywhere else.

If you understand what is electrical resistance you will get the answer to your question. Resistance, measured in…
Engineermind

As we said earlier that there are mainly two types of ACB, plain air circuit breaker, and air…
Engineermind

Why Does A Capacitor Block Dc But Pass AC?

I will Explain You With A simple Mathematics. Remind Capacitance Reactance Equation, Xc=1ωC=12πfC If You Take Any Capacitor,…
Engineermind