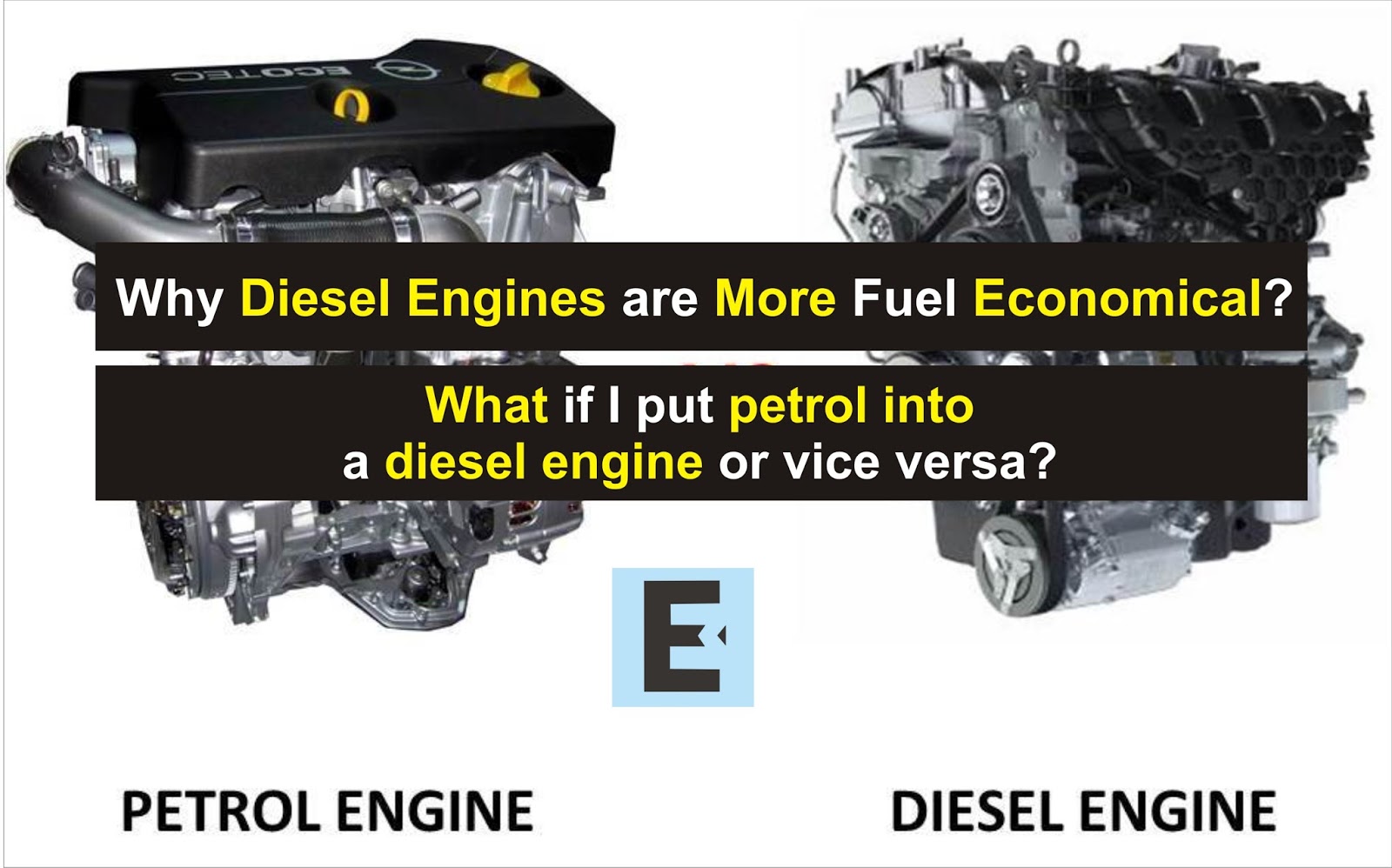 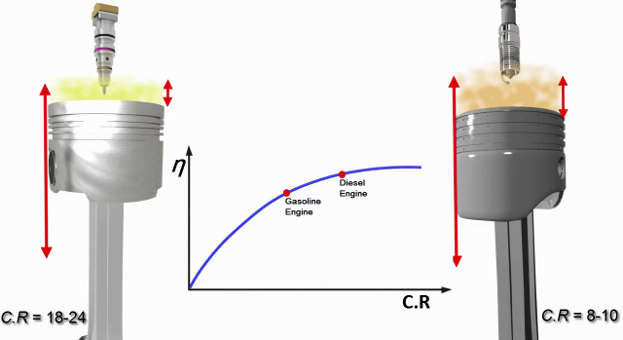 The reason why your diesel car gives more mileage than a petrol car is due to the difference in the compression ratio. The higher the compression ratio, the better is the efficiency of the cycle. A qualitative efficiency variation is shown in the graph of Fig.6. This is the reason why diesel engines have better fuel economy as compared to petrol engines.
What if I put petrol into a diesel engine or vice versa?

Diesel in a petrol engine will not even cause firing. The reason is simple. Diesel is less volatile and will not mix with the air properly. In fact you will find it is impossible to make a good diesel-air mixture using carburetor or direct injection technology. This means if you apply spark to such a poor quality mixture, it will not initiate any combustion.

On the other hand, if you put petrol in a diesel engine, you are spraying a highly volatile fuel into a chamber of highly compressed and hot air. This will lead to detonations rather than smooth combustion. Eventually, the engine components will get damaged. Moreover diesel generally acts a good lubricant for the fuel pump and the injection system. When you put petrol  into a diesel car your are actually making the intricate components to wear down over the time.because of it does not have any lubrication property So that’s a big no for petrol in a diesel engine. 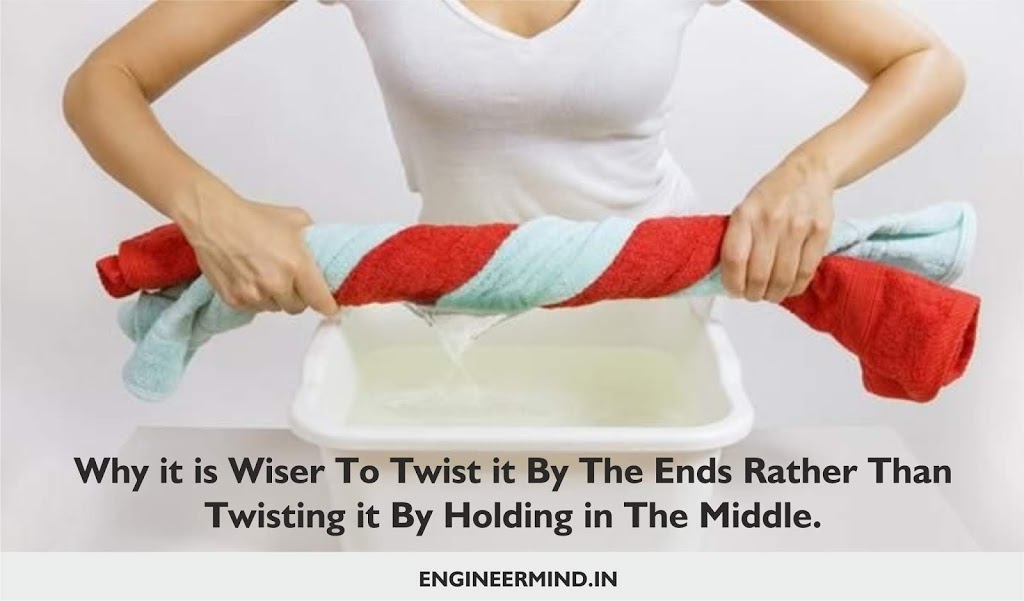 Why it is Wiser To Twist it By The Ends Rather Than Twisting it By Holding in The Middle?

In India, it is very common to ‘squeeze’ our clothes after washing. This is done in order to…
Engineermind 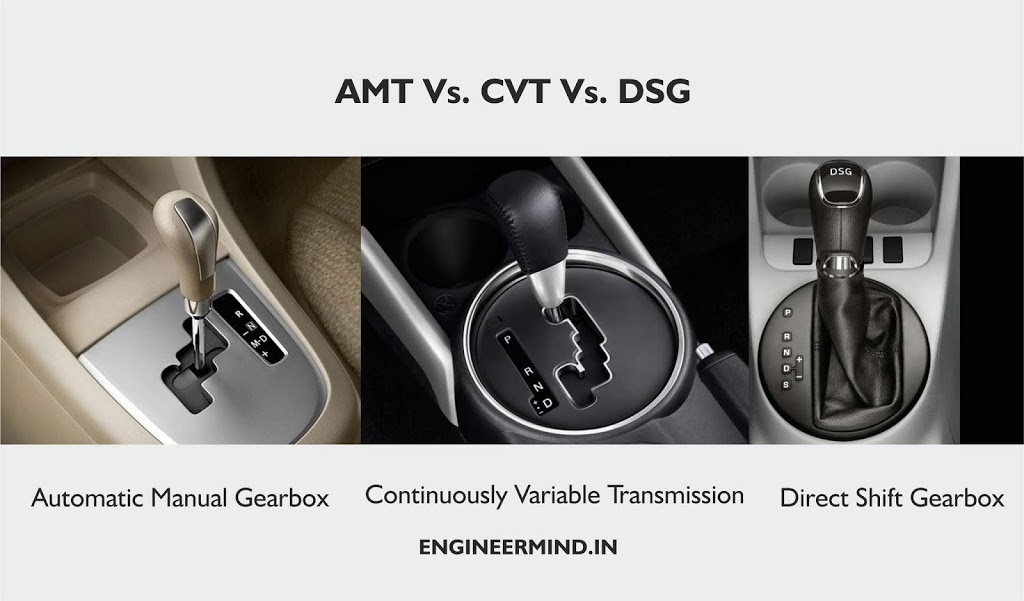 Difference Between Bending And Buckling

Let Me explain you with an example, Case 1 – we bend our knees while in the process of…
Engineermind

Ever Thought, What actually happens when we switch the knob to reserve? A regular motorcycle Has main tank…
Engineermind