Difference Between Synchronous Motor And Induction Motor On the Basis Of Different Factor, 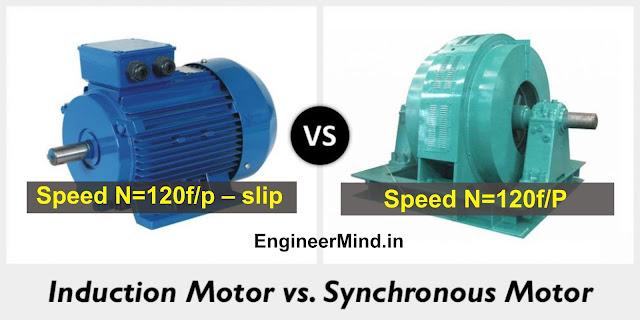 Synchronous motors require rotor windings
Induction motors are most often constructed with conduction bars in the rotor that are shorted together at the ends to form a “squirrel cage.”

Synchronous motors require a starting mechanism in addition to the mode of operation that is in effect once they reach synchronous speed.
Three phase induction motors can start by simply applying power, but single phase motors require an additional starting circuit.

The power factor of a synchronous motor can be adjusted to be lagging, unity or leading
Induction motors must always operate with a lagging power factor.

If you understand what is electrical resistance you will get the answer to your question. Resistance, measured in…
Engineermind