importance And Types Of Automotive Differential

importance And Procedure Of Acidity Test For Transformer’s insulating Oil

In automobiles and other wheeled vehicles, the differential allows the outer drive wheel to rotate faster than the inner drive wheel during a turn. This is necessary when the vehicle turns, making the wheel that is traveling around the outside of the turning curve roll farther and faster than the other. The average of the rotational speed of the two driving wheels equals the input rotational speed of the drive shaft.An increase in the speed of one wheel is balanced by a decrease in the speed of the other. 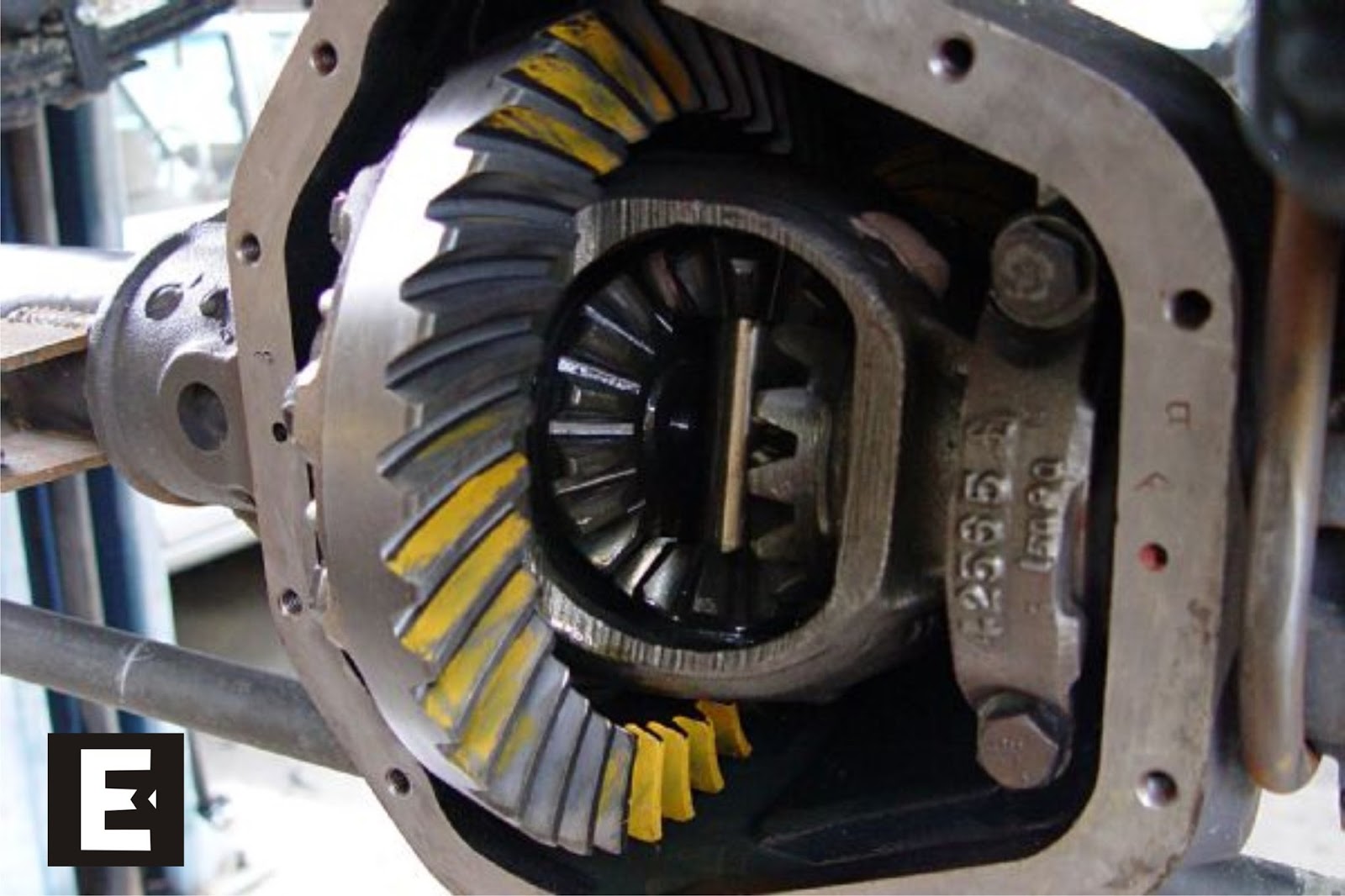 Why a Differential is important:

When a vehicle rounds a bend, the outer wheels need to turn faster than the inner wheels because more distance is covered because of a greater radius. This is easy for the non-driven wheels of a vehicle because they aren’t connected and can free-wheel at any speed. The problem occurs on the driven axle because the engine’s torque is delivered through the gearbox and final-drive ratio or the differential to the two wheels on the axle. 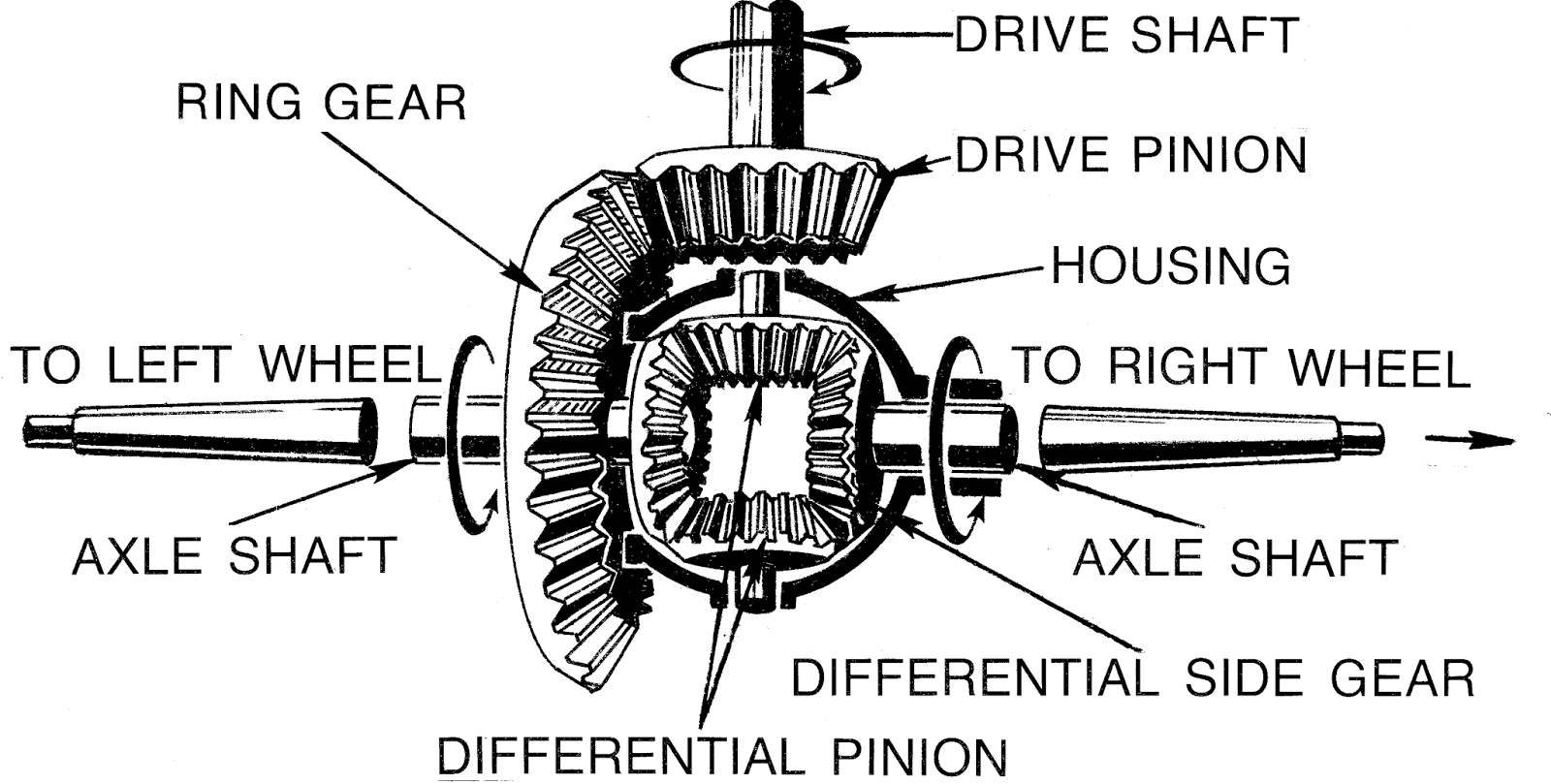 The differential allows an even torque split to both wheels while the rotational speeds might differ. Without a differential, it is almost not possible for a vehicle to turn on high-friction surfaces. The mechanical stresses in the driveshafts owing to wind-up can lead to damage if no differential is fitted.

how differential gear works: Watch video At the end of this Article

A limited slip differential (LSD) overcomes this problem. Using a series of clutches (called a clutch pack), the LSD allows limited wheel slippage while maintaining power to both drive wheels. LSDs are popular in race cars when coming out of a turn need to accelerate without losing power to one drive wheel.

A locking differential (locker) is able to lock the two drive wheels on an axle together. The advantage is that both wheels have power at all times. The disadvantage is that turning is much more difficult since both wheels must turn at the same RPM. So most lockers must be disengaged when making sharp turns. Lockers can also present the driver with some dangerous situations. For example, when traversing a slope (going crossways) if one drive wheel loses traction both lose traction and the vehicle may slide sideways down the slope.

Drivers are often warned not to traverse a slope if the surface is loose or slippery. Lockers may be switched on or off mechanically, electronically (e-locker) or using compressed air (air locker). Lockers are desirable on off-road vehicles but are usually not Used on streets and highways.

A spool is an open differential in which the axles have been mechanically fastened together. This does not allow either wheel to go faster or slower around corners. It is cheap and adds little or no weight to the vehicle, but is usually limited to off-road competitions and trail driving. They are not desirable for driving on the street as they will &quot;chirp&quot; the tires when going around corners.

What is The GearBox? A gearbox is a transmission device which is used between engine’s output shaft and…
Engineermind

There are 3 reasons for this point. Reason 1: Design intended Reason : Tractor is made of 2…
Engineermind

How Do Disc Brakes Slow You Down? When you press your brake pedal, it moves a hydraulic piston…
Engineermind

“Cold” spark plugs normally have a short heat flow path. This results in a very quick rate of…
Engineermind