An electrical motor is an electro-mechanical device that converts Electrical energy into mechanical Rotation. Based on the type of input we have classified it into single phase and 3 phase motors. Among 3 phase motors, Synchronous motor and induction motor are the most widely used types of AC motor. Synchronous motors are available in a wide range, generally rated between 150kW to 15MW with speeds ranging from 150 to 1800 rpm. 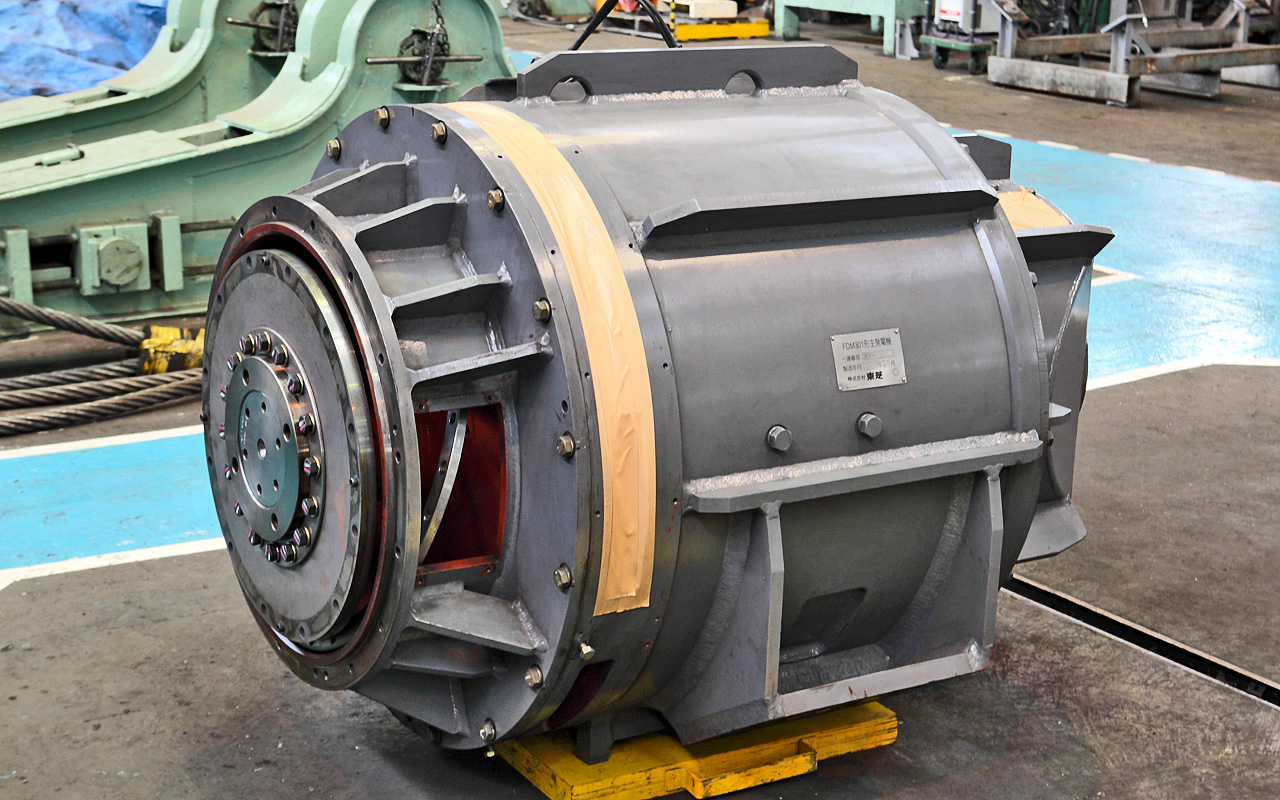 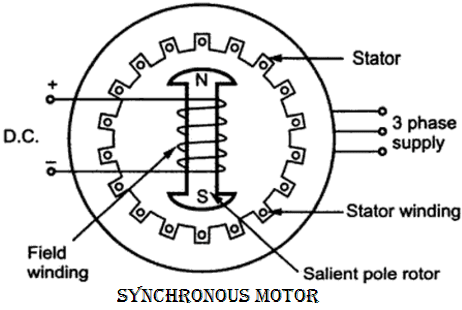 The synchronous motor is a doubly excited machine i.e two electrical inputs are provided to it. Its stator winding which consists of a 3 phase winding is provided with 3 phase supply and a rotor is provided with DC supply.

Synchronous Speed is Given By-

Why synchronous Motors Are not Self Starting?

Considering the frequency to be 60 Hz, 2 poles Than from the above relation we can see that the 3 phase rotating flux rotates about 3600 revolutions in 1 min or 60 revolutions in 1 sec. At a particular instant rotor and stator poles might be of the same polarity (N-N or S-S) causing a repulsive force on the rotor and the very next second it will be N-S causing attractive force.
But due to an inertia of the rotor, it is unable to rotate in any direction due to attractive or repulsive force and remain in standstill condition. Hence it is not self-starting.
To overcome this inertia, a rotor is initially fed some mechanical input which rotates it in the same direction as a magnetic field to a speed very close to synchronous speed. After some time magnetic locking occurs and the synchronous motor rotates in synchronism with the frequency.

Method Of Starting of Synchronous Motor

Motor starting with an external prime Mover: Synchronous motors are mechanically coupled with another motor. It could be either 3 phase induction motor or DC shunt motor. DC excitation is not fed initially. It is rotated at speed very close to its synchronous speed and after that DC excitation is given. After some time when magnetic locking takes place supply to the external motor is cut off.
Damper winding: In case, the synchronous motor is of salient pole type, additional winding is placed in rotor pole face. Initially, when a rotor is a standstill, a relative speed between damper winding and rotating air gap flux in large and an emf is induced in it which produces the required starting torque. As speed approaches synchronous speed, emf and torque are reduced and finally when magnetic locking takes place, torque also reduces to zero. Hence in this case synchronous is first run as three-phase induction motor using additional winding and finally, it is synchronized with the frequency.

2)It is used where high power at low speed is required. Such as rolling mills, chippers, mixers, pumps, pumps, compressor etc.

This is one of our fantasy about electricity. That if we supply the high voltage current to a…
Engineermind

What is The Switch Mode Power Supply(SMPS) ?

What is The SMPS? Switch Mode Power Supply or SMPS is a type of Power Supply Unit (PSU) that uses some kind of…
Engineermind

Aircraft’s electrical supply is at the 400Hz frequency.Let’s see the reason behind using a higher frequency. Aircrafts are…
Engineermind