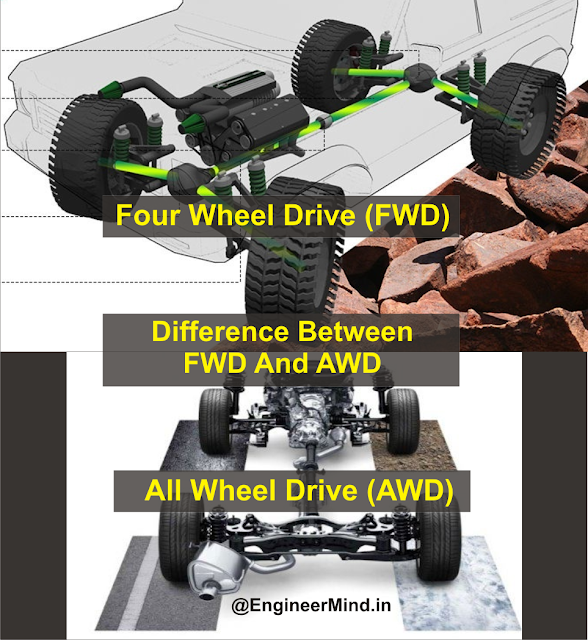 The 4WD and AWD are pretty much same but have some variations each works best under certain conditions.

It’s the oldest one, which has two options in terms of how and when torque is supplied to each wheel called Full-time FWD and Halftime FWD. Power from the engine goes to transfer case, which splits the power between the front and rear axles so that torque is evenly applied to each wheel.

Its axles don’t rotate at the same speed, the option is available to choose what we need whether the torque needed for 2 wheels or 4 wheels.

It has to lock differential option which gives more traction power to the wheels in off roads.

This rugged technology has an option to turn off the drive to improve fuel economy.

It might be dangerous once back on Tarmac from off-road. 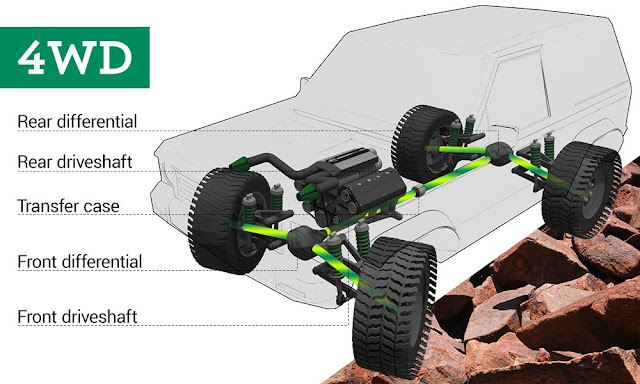 AWD is a car system while 4WD is a truck system, the recent innovation which is AWD drive system is on all the time used in all the cars like Audi, Nissan GTR, Mercedes-Benz E63 AMG.these are all good examples for AWD.

ECU(Electronic Control Unit) Plays a major role in the AWD system sensors on each wheel monitor traction, wheel speed, and several other data points and decide to send the power to which wheel depends to maximize the grip and driveability.

This best AWD sends the power to each wheel using a front-rear torque – split system cutting the power from the wheel to the least traction. Most of the time rear wheels have the power to move the vehicle forward and from front wheels moves freely to improve fuel economy.

Not good for off-road and fuel economy is less. 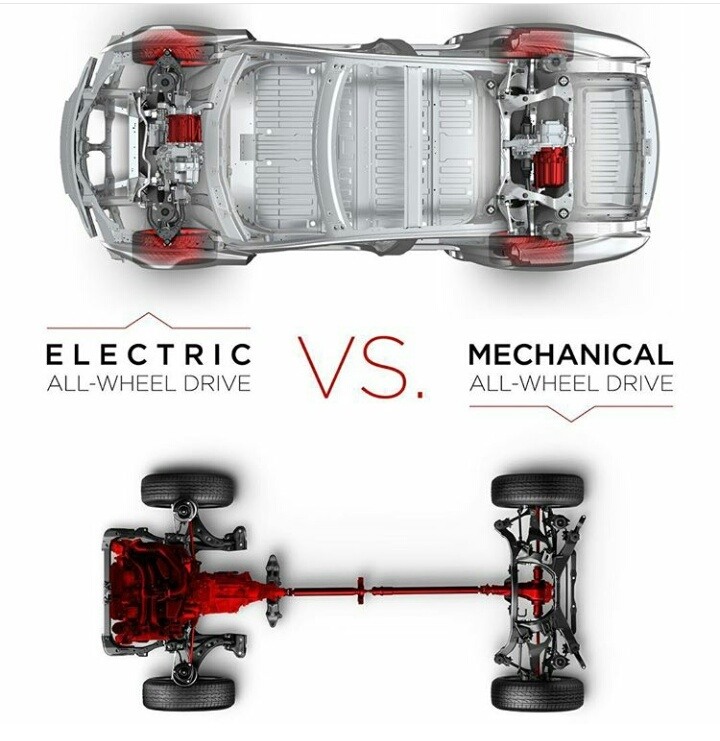 importance And Types Of Automotive Differential

Differential:In automobiles and other wheeled vehicles, the differential allows the outer drive wheel to rotate faster than the inner…
Engineermind

How Do Disc Brakes Slow You Down? When you press your brake pedal, it moves a hydraulic piston…
Engineermind